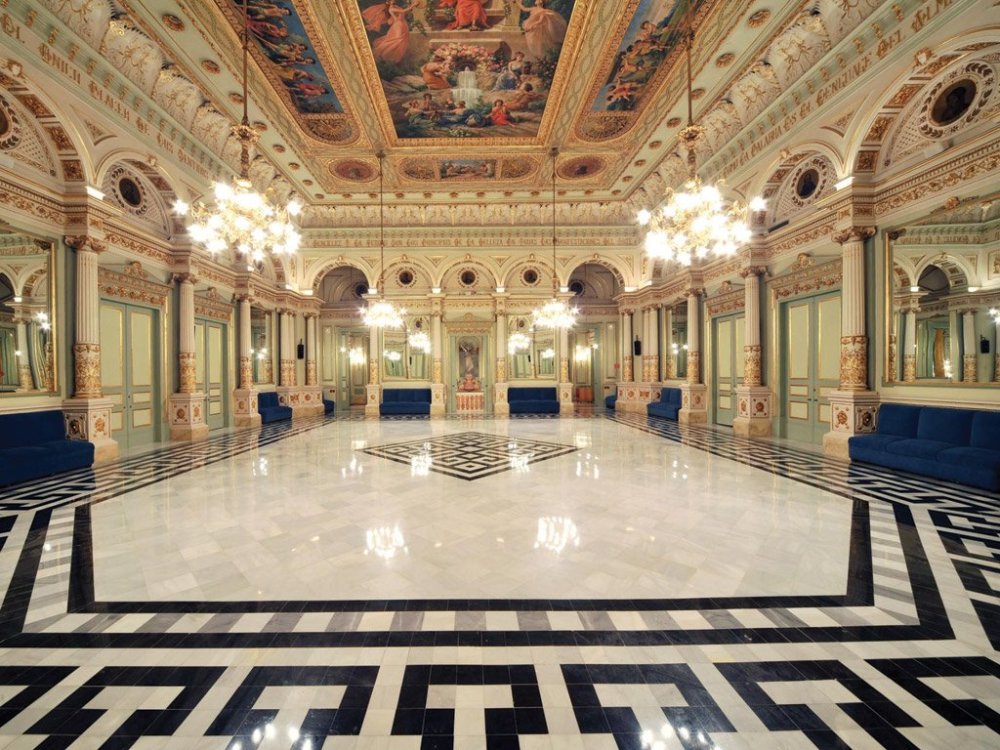 The Liceu has burnt down twice in its history, most recently in 1994. The resulting renovation has dramatically increased technical capacities and increased the technical zone to 70 percent, with 30 percent of the space left for the audience. At the same time, it tries, but fails, to be reminiscent of the original house. The seats are simply too new, the acoustics are nearly perfect and the woodwork doesn’t show the age of the place. No, the Liceu is not the most charming or the most romantically authentic opera house, but it is one of the very few places where new and old work together in harmony, providing a seamless backdrop for performance excellence that makes the Liceu one of the top five opera houses in the world. One place in the theatre where little has changed over the last century or so is the Cercle del Liceu, a private space for benefactors and members, which displays paintings from the late 19th and early 20th century in several heavily ornamented rooms.  – See more at: http://www.barcelona-metropolitan.com/in-the-city/a-night-at-the-opera/#sthash.oVMAStIP.dpufhttp://www.barcelona-metropolitan.com/in-the-city/a-night-at-the-opera/#sthash.oVMAStIP.dpuf