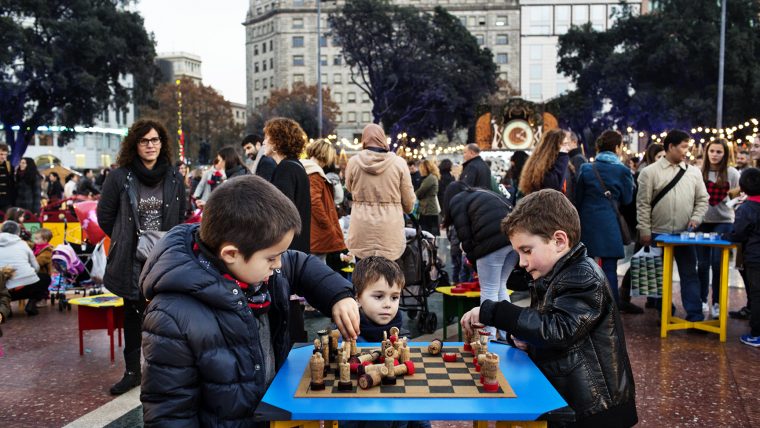 Plaça de Catalunya this year becomes the city of 800,000 ‘ingravidolles’, representing each of the households Barcelona currently has. This is a place where everyone’s imagination can soar as they share Christmas and cast out bad dreams. The ‘ingravidolles’ are a common thread in the various Christmas activities Barcelona is offering. They refer to the sensation of weightlessness, excitement and emotion of being inside a bubble which appears in the same instant we realise Christmas is just around the corner.

The show will take place on a stage with seven spheres. Each ball will have two sides to it: one as the setting for a story and the other having a visual role when nothing is going on there. This will turn the square into an ephemeral city where different and surprising things go on every day. There will also be an advent calendar and a section called ‘La bugada dels malsons’ [the laundry for bad dreams], where anyone who wants to can cast out anything unpleasant from their minds. The workshop format includes tables with colouring crayons and items of paper clothing so that anyone who wants to can draw or write what they want to cast out of their lives and then peg them out on a large clothes line, the street of bad dreams.

Inside the square, the programme will be complemented with family activities and games.