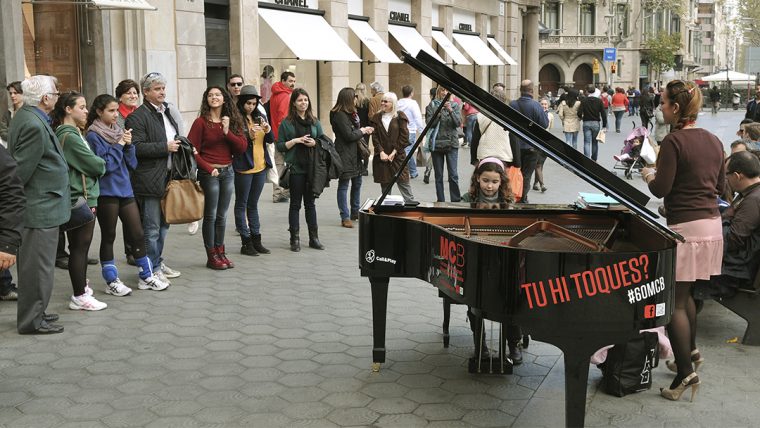 As part of the Maria Canals International Music Competition, the association is putting grand pianos around various public places in the city so that anyone can play them.

The idea is for people to get closer to piano music, which can be imposing for people who don’t know how to play, making it available to everyone. To this end, each piano will be accompanied by somebody inviting pedestrians to play. There will also be morning teaching sessions at some pianos, while in the afternoon students from the city’s music schools will be playing. Before the pianos are removed in the evening, a professional will be offering a free concert.

Check the dates, times and specific locations for pianos on the competition website.