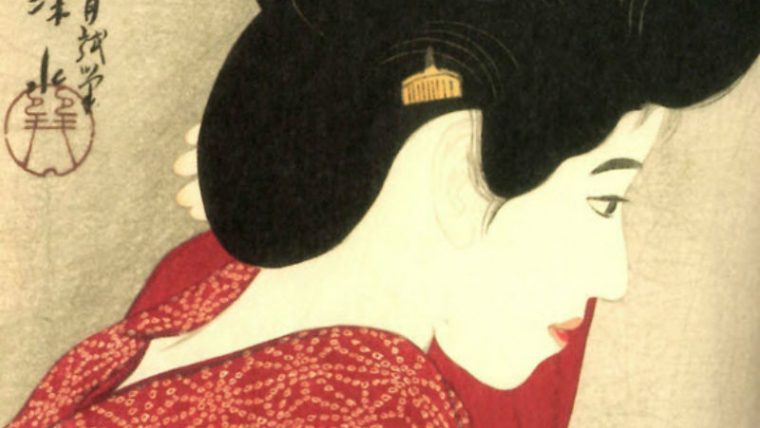 At the beginning of the 20th century in Japan, a group of artists and editors revived ujkiyo-e, a traditional art which was threatened by the arrival of industrialisation and western influence. The movement was known as shin hanga, and Itō Shinsui (1898-1972) was one of its grand masters.

Shinsui’s work preserves the tradition of engravings, a universe populated by courtesans, samurais and geishas, placing it in a modern context and endowing it with a new sensitivity.