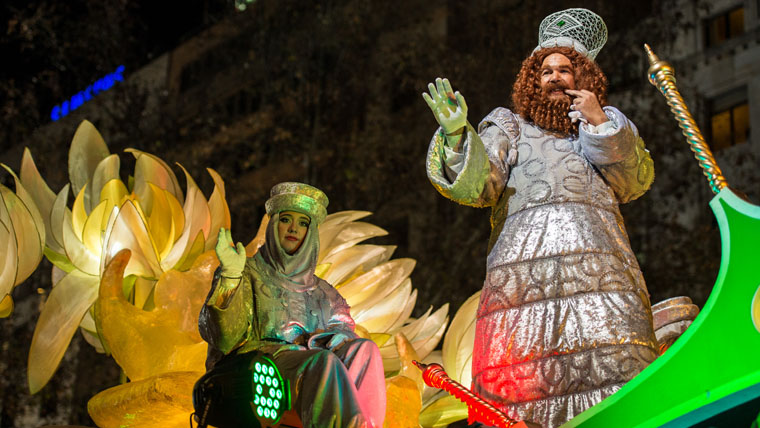 Their Majesties will be accompanied by their entourage of fantastic creatures and royal pages, ready to collect the last letters with children’s wishes before the magic night. The royal party will be arriving at the Moll de la Fusta wharf on board the schooner Santa Eulàlia at 4 pm. After being welcomed by the Mayor of Barcelona, they will be setting off around the city streets, ending up at the Magic Fountain in Montjuïc around 9 pm.

This year’s parade gets under way with Senyor Hivern (Mr. Winter), the Gran Llibre de les Coses Petities (Big Book of Little Things), and the rest of the Christmas characters. Naturally, the royal floats with all the iconic parade figures will be involved, such as the pages Estel and Gregori, the royal messengers and the baby dummy collectors, as well as the floats loaded with toys and at least one with coal on it! Sweet throwers will be in action too, throwing thousands of sweets to onlooking children in Barcelona as a sweet way of bidding Christmas farewell.