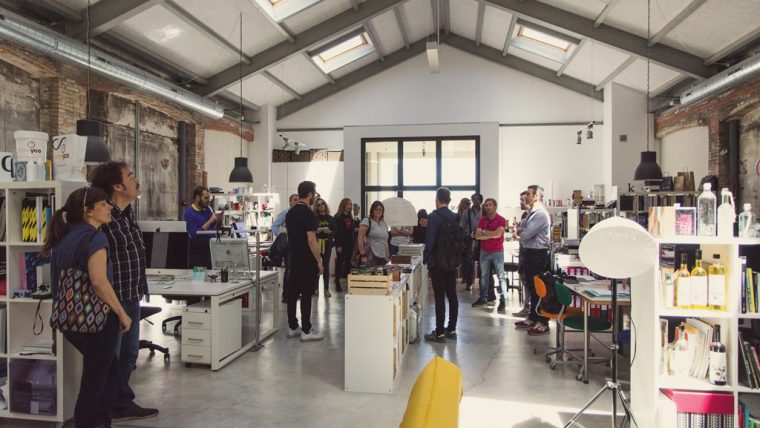 Poblenou Open Day 2019 offers eleven hours of free activities at creative places from the Poblenou Urban District community.
Over eighty establishments are joining in with this edition, with an innovative programme which seeks to introduce people to the environment in which the community’s projects and ideas are developed.
Exclusive experiences are also being organised this time around, along with new editions of the Windows Art Circuit and the Makerspaces Circuit. This year also includes the new Music Urban Circuit.
Art galleries, centres for creation, artists’ studios, publicity agencies, audio-visual producers, showrooms, gastronomy spaces, shops, cocktail bars, hotels and restaurants will all be involved in this new edition of Poblenou Open Day.