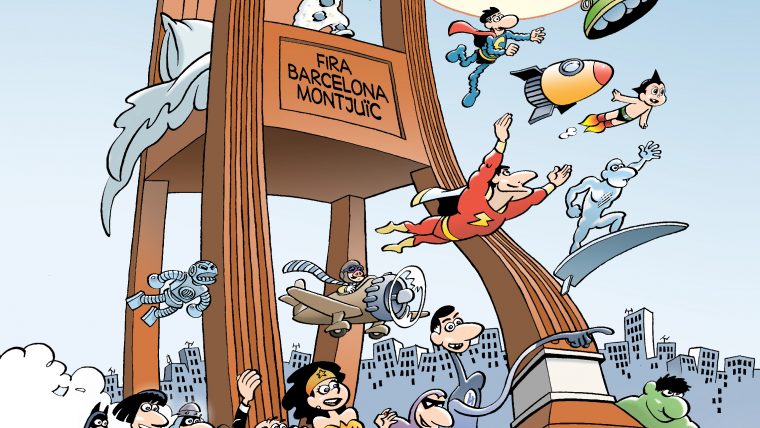 The Barcelona International Comic Fair returns to Montjuïc for its 36th edition with a new children’s section featuring characters such as Superlópez, comics from the 1970s and 1980s and the illustrator Jack Kirby.

Superlópez, created 45 years ago by Jan, is the focus of a display and the poster for this year’s festival, which also remembers Marvel’s superheroes such as the Fantastic Four, The Avengers and the X-Men.

The display of work from the comic boom will centre on Spanish magazines and comics from between 1972 and 1992. The classic comic section offers ‘Jack Kirby, the King of Comics’, an exhibition looking at the career of this genius of the genre. Authors visiting this year’s exhibition also include Liv Strömquist, Francisco Ibáñez, Fabrice Parme, David Lloyd, Jamie Delano, Dave McKean, Vittorio Giardino and Miguel Díaz Vizoso.